Check out costumes from the movie Brave to get costume ideas for your next Halloween or costume party. 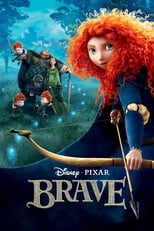 Brave is set in the mystical Scottish Highlands, where Mérida is the princess of a kingdom ruled by King Fergus and Queen Elinor. An unruly daughter and an accomplished archer, Mérida one day defies a sacred custom of the land and inadvertently brings turmoil to the kingdom. In an attempt to set things right, Mérida seeks out an eccentric old Wise Woman and is granted an ill-fated wish. Also figuring into Mérida’s quest — and serving as comic relief — are the kingdom’s three lords: the enormous Lord MacGuffin, the surly Lord Macintosh, and the disagreeable Lord Dingwall.

2,673 people shared this. Be the first of your friends.

Kick-Ass 2 | Mr. Popper's Penguins | Johnny English Reborn | Three Steps Above Heaven | The Lorax | The Pirates! In an Adventure with Scientists! | We Need to Talk About Kevin | Anchorman 2: The Legend Continues | Frozen | Cloudy with a Chance of Meatballs 2 | Young and Wild | I Want You | Cloud Atlas | The Good Dinosaur | A Perfect Ending | Chronicle | Jupiter Ascending | Katy Perry: Part of Me | Madagascar 3: Europe's Most Wanted | Captain America: The Winter Soldier