The Death of Stalin Costumes

Check out costumes from the movie The Death of Stalin to get costume ideas for your next Halloween or costume party. 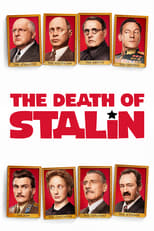 Proclaimed the funniest political comedy of the year (The Daily Beast), The Death of Stalin delivers a brutally executed parody of Cold War Russia. When the tyrannical ruler Stalin dies, his hapless inner circle scrambles to come up with the next evolution of the revolution ? but it's clear everyone is really out for themselves. Written and directed by Emmy® Award winning and Oscar® nominated Armando Iannucci, Rolling Stone calls the film a brilliant satire from a crack ensemble (including Emmy® and Golden Globe® winner Steve Buscemi, Simon Russell Beale, Andrea Riseborough and Michael Palin). Proof that comedy, like politics, is all in the execution.

6,076 people shared this. Be the first of your friends.