Check out costumes from the movie Riphagen the Untouchable to get costume ideas for your next Halloween or costume party. 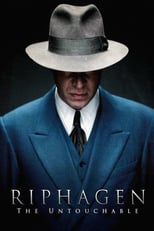 Amsterdam, Netherlands, 1944, during World War II. Andries Riphagen, a powerful underworld boss, has made his fortune by putting his many criminal talents at the service of the Nazi occupiers. But the long battle is about to end and the freedom fighters, who have been persecuted and murdered for years, are abandoning their hideouts to mercilessly hunt down those who have collaborated with the killers.

6,055 people shared this. Be the first of your friends.

Carrie | The Bucket List | The Sting | The Longest Day | Gone Baby Gone | Master and Commander: The Far Side of the World | Cheaper by the Dozen 2 | The Jungle Book | The Last of the Mohicans | Cujo | Kung Fu Hustle | The Bone Collector | Windtalkers | Remember the Titans | Needful Things | Mulan | The Haunting | Bloodsport | Patton | Cinderella