Check out costumes from the movie Godzilla to get costume ideas for your next Halloween or costume party. 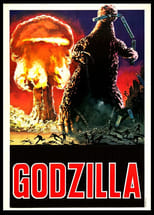 The film is a re-edited Italian-language dubbed version of Godzilla featuring 80 minutes of footage from the original Gojira (1954) and the US version Godzilla, King of the Monsters! (1956) plus 25 minutes of WWII newsreel footage and clips from other monster 1950's movies. The re-edited film was then colorized via a process called Spectorama 70 consisting of applying various colored gels to the black and white footage. The film also features a new music score composed by musician Vince Tempera (under the pseudonym Magnetic System).

5,443 people shared this. Be the first of your friends.