Into the Sun Costumes

Check out costumes from the movie Into the Sun to get costume ideas for your next Halloween or costume party. 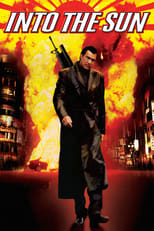 After the assassination of Tokyo's Governor by Yakuza members, the CIA bureau chief (William Atherton) for Tokyo puts out a call to an agent (Steven Seagal) that had been raised in Japan and trained by ex-Yakuza. Using his former ties, he quickly determines that a war is brewing between old-guard Yakuza members and a young, crazed leader (Takao Osawa) with ties to the Chinese Tong.

2,290 people shared this. Be the first of your friends.