Check out costumes from the movie Commitment to get costume ideas for your next Halloween or costume party. 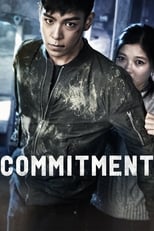 The son of a North Korean spy decides to follow in his father's footsteps to protect his little sister. After his father’s botched espionage mission, North Korean Myung-hoon and his young sister Hye-in are sent to a labor prison camp. In order to save his sister’s life, Myung-hoon volunteers to become a spy and infiltrates the South as a teenage defector. While attending high school in the South, he meets another girl named Hye-in, and rescues her when she comes under attack. South Korean Intelligence soon discover Myung-hoon’s activities and begin tracking him, all the while his own government sends a vicious assassin to eliminate him.

4,397 people shared this. Be the first of your friends.

Carrie | Diamonds Are Forever | The Purge: Anarchy | Mission: Impossible III | Killer Elite | The Foreigner | The Wraith | I Am Wrath | The Salvation | I Spit on Your Grave III: Vengeance is Mine | Death Sentence | The Spy Who Loved Me | 22 Bullets | Léon: The Professional | Acts of Vengeance | Looper | The Nightingale | Brooklyn's Finest | Mission: Impossible II | Salt