Check out costumes from the movie Silmido to get costume ideas for your next Halloween or costume party. 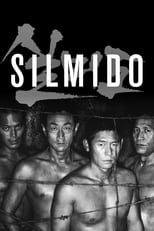 On 31 January 1968, 31 North Korean commandos infiltrated South Korea in a failed mission to assassinate President Park Chung-hee. In revenge, the South Korean military assembled a team of 31 criminals on the island of Silmido to kill Kim Il-sung for a suicide mission to redeem their honor, but was cancelled, leaving them frustrated. It is loosely based on a military uprising in the 1970s.

2,236 people shared this. Be the first of your friends.