Check out costumes from the movie The Male Gaze: First Kiss to get costume ideas for your next Halloween or costume party. 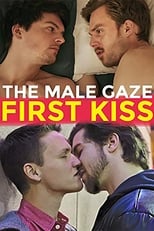 The Male Gaze is a new series of releases from New Queer Visions that showcases short LGBTQ films from across the world. The first instalment, First Kiss, brings together five shorts that are based around men experiencing romantic and/or sexual interaction with other men for the first time. It takes in films from Sweden, Indonesia, USA, Australia and France giving a rounded look at how similar experiences are depicted across the world.

7,916 people shared this. Be the first of your friends.