Check out costumes from the movie Jurassic World: Dominion to get costume ideas for your next Halloween or costume party. 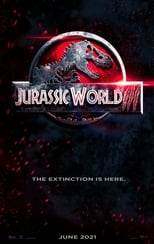 The sixth film in the "Jurassic" series will focus on dinosaurs being sold and spread throughout the world, rather than kept in an enclosed area like all the previous films. Writer-director Colin Trevorrow has stated that the setting will be a world in which 'a dinosaur might run out in front of your car on a foggy backroad, or invade your campground looking for food. A world where dinosaur interaction is unlikely but possible--the same way we watch out for bears or sharks.'

7,104 people shared this. Be the first of your friends.