The Cave of the Golden Rose Costumes

Check out costumes from the movie The Cave of the Golden Rose to get costume ideas for your next Halloween or costume party. 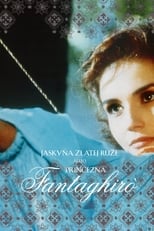 In the middle of a war between two kingdoms queen died tragically while giving birth to her third daughter. The king wanted a male heir to his throne and torn by the death of his wife, decides to sacrifice the girl and leads to the Cave of the Golden Rose to give her to the monster. The child is saved by the White Witch who promises her a wonderful future. With a rebellious temperament, the princess, named by his father Fantaghiro behaves like a tomboy. But one day she must confront the enemy, the king Romualdo, which is in love with her.

3,632 people shared this. Be the first of your friends.

Shrek 2 | Shrek | Sleeping Beauty | The Dark Kingdom | Your Highness | The Chronicles of Narnia: The Voyage of the Dawn Treader | Cinderella | In the Name of the King: A Dungeon Siege Tale | Happily N'Ever After | Dragonslayer | Shrek the Third | The NeverEnding Story | DragonHeart | The Little Mermaid | Frozen II | The Nutcracker and the Four Realms | Warcraft | Conan the Barbarian | The Hobbit: The Desolation of Smaug | Tales from Earthsea